Why GMOs Should Be More Recognized by Harneet

For thousands of years, humans have used various genetic 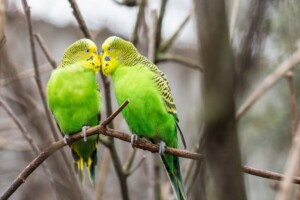 modification practices to modify the genes of organisms. A genetically modified organism (GMO), is a plant, animal, or microorganism whose DNA (Deoxyribonucleic Acid) has been changed, using genetic alteration methods. One of such
methods includes selective breeding, commonly used in plants and animals to produce organisms with desirable traits.
Selective breeding can be readily observed in daily life, especially in pets, such as dogs with mixed breeds, or the Australian Budgerigar (budgie). This parakeet species is found in a wide spectrum of colours, when the wild budgerigar only exists in yellow and green. In selective breeding, a
breeder selects two parents that have a beneficial trait or physique to reproduce, and develop offspring with those traits of interest. When it comes to wild budgies, they contain both a yellow and blue trait in their genome, which combine to express green feathers; the yellow trait is selectively deactivated, which results in a blue plumage for the species, and a genetically modified organism.

While selective breeding helps to reinforce traits or produce an assortment of plants and animals, 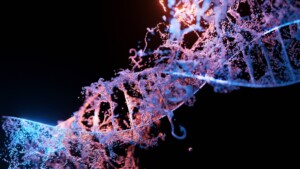 it can often be an imprecise process that may create unintended mutations. Nevertheless, with recent advancements in biotechnology, scientists have been able to directly alter the DNA of animals, plants, and microbes. All living things have genes, made up of DNA, which stores our genetic information and determines physical traits, such as feather colour, height, plant type, hair length, etc. When a GMO is created, a gene is inserted into the current set of genes of a recipient organism, which can give it a useful trait like pest resistance. This method is known as genetic engineering, a newer, more efficient way to produce a GMO, as opposed to the traditional and lengthy means of selective breeding. Altering the genetic makeup of an organism can also provide it with beneficial characteristics. For instance, a drought-resistant gene from a plant may be taken and moved into a corn plant, allowing it to withstand droughts. GMOs are also vital in medicine, as they allow researchers to create exceptional inventions that save lives. Bacteria, for instance, have been genetically modified to produce insulin, a hormone that regulates glucose levels and treats diabetes. The human gene for insulin has been inserted into the bacteria’s DNA, allowing it to produce insulin proteins. Today, insulin 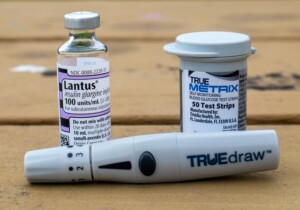 has saved millions of lives worldwide, showcasing the importance of GMOs for humanity. Moreover, being prominent in the agricultural industry, genetic modification has allowed farmers to grow crops in various parts of the world, produced to be disease and pest resistant, have a longer shelf life, include greater nutrient levels, and taste better. Because GMO crops produce higher yields, consumers will have lower prices to pay, and hunger can be conquered. In addition, many crops are modified to be insect-resistant, hence, farmers can minimize the use of additional pesticides, making GMOs environmentally friendly.

While GMOs bring a number of benefits in the agriculture and medicine industries, they cause immense controversy as well. Many consider them to be unsafe, as genetic engineering alters an organism in ways that would not occur naturally. Others believe that GMO foods have the potential to trigger allergic reactions, as they may contain genes from an allergen. These concerns arise from the lack of education regarding genetically altered organisms and other bioengineering processes, t 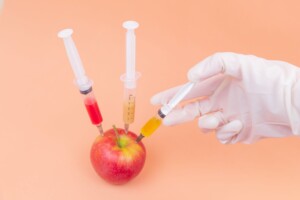 hat are, in fact, more common than many people think. One may choose not to purchase a can of corn labelled “GMO”, automatically assuming that it is unsafe. Thus, most suppliers, with a fear of losing profit, don’t label products that have been engineered with microorganisms. However, it is vital to make efforts to spread awareness regarding GMOs and their benefits, which are not only limited to growing more resilient crops that last longer. Labeling such foods is important, as it will increase the understanding and recognition about GMOs; instead of fueling unnecessary fears, it will motivate consumers to learn about basic biology and plant breeding processes, as well as the science behind the foods they eat everyday, recognizing the impacts of genetically modified crops in our daily lives. In addition, labelling genetically altered foods will not only promote awareness about them, but also allow consumers to decide whether or not they wish to eat genetically altered products, as we all have the basic right to decide what we eat.

The only aspect that differentiates a GMO from a normal organism, is the arrangement of DNA; all DNA contains the same building blocks, whether modified or not, hence GMO foods don’t pose any more risk to human health than ordinary foods do. However, it is vital that one is aware of the food 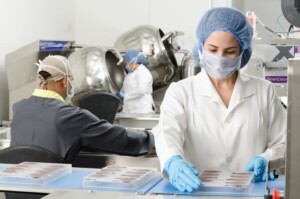 they consume, in order to prevent allergic reactions. Although our digestive system breaks down all DNA in the same way, research about GMO foods is still minimal, and little is known about the long term health effects they may or may not cause. While genetically altered crops are not deemed unsafe, it’s important for people to acquire knowledge about the foods they eat; the easiest way to provide this knowledge is by labelling foods that are bioengineered, which can only be done by food companies themselves.

Nevertheless, as biotechnological research continues to advance, more information about genetic engineering is being discovered, and the crops we eat everyday are being 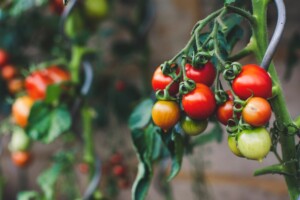