Telephone -A STEM Invention That Revolutionized The World

Alexander Graham Bell once said “The day will come when the man at the telephone will be able to see the distant person to whom he is
speaking.” This quote reflects Alexander 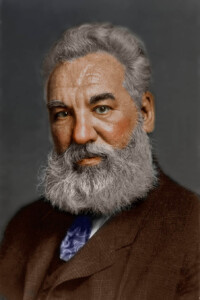 Graham Bell’s powerful vision that was once an unattainable dream in the eyes of many people decades ago, which is only possible due to the efforts of the STEM world.

As technological advancements continue to revolutionize the Earth, the fascinating world of STEM is expeditiously growing at an unprecedented rate. Unquestionably, there are many STEM related inventions that have reshaped history. However, one of the most established and greatest STEM milestones is the telephone. The telephone was invented on March 10, 1876 by Alexander Graham Bell through a fascinating breakthrough. The telephone that once required an individual to 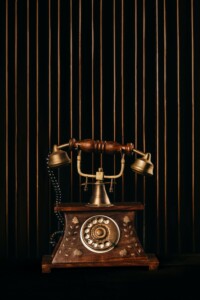 speak and hear from a small hole using a thumper
has now developed to a digital touch screen phone that allows you to communicate across the globe within seconds. This achievement would never have been possible without STEM (Science, Technology, Engineering, Mathematics), and has radically changed communication throughout the world.

Alexander Graham Bell’s interest in sound technology and mechanism led to the astonishing discovery of the telephone. In 1871, Bell started working on the harmonic telegraph, which was a device that allowed multiple messages to be transmitted over a wire at the same time. While trying to perfect this technology, Bell became preoccupied with finding a way to transmit human voice over wires. By 1875, while discovering how to transmit a simple current, Bell quickly came up with a simple receiver that could turn electricity into sound. Moreover, over time, Alexander’s telephone significantly changed
2 with new developments in tone dialing, call tracing, music on hold, and electronic ringers, showcasing how far the field of STEM has elaborated.

According to a survey conducted in the US, 60% of America’s economic growth depends on STEM growth. Furthermore, since 1990, jobs in STEM
have grown by 79% highlighting the increasing demand of STEM in many job 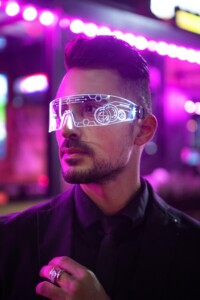 sectors. Without competent STEM professionals such as Alexander
Graham Bell, there would be no emerging technological advancements, discoveries and inventions, and as a result, the world could come to an end! The science and mechanism used in the invention of the telephone led to several other inventions such as the telegraph, the transatlantic cable, the phonograph, and radio technology. STEM is such a broad and fascinating field that is quickly revolutionizing our world by sharing an emphasis on innovation, problem-solving, and critical thinking which is creating a popular, and fast growing industry.

In my opinion, it is truly important to acknowledge the various STEM inventions that have significantly benefited our world as STEM technology allows our youth to work in a challenging environment equipped with high tech innovations. Nonetheless, I strongly feel that discussing the importance of STEM and its history in the invention of the telephone has allowed people to facilitate human communication. Today, it is no longer necessary for people to be physically close to each other in order to communicate. It is because of the STEM invention of the telephone that people are effortlessly able to conduct meaningful talks at a distance over the telephone, while maintaining reciprocity.